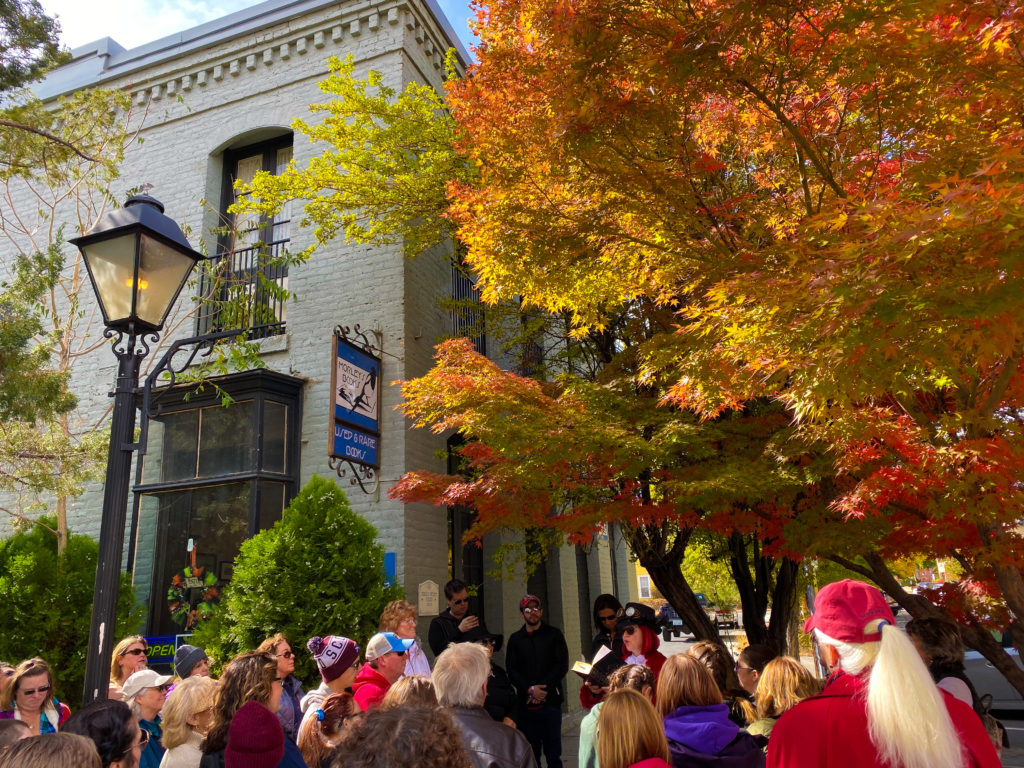 As the leaves begin to change colors and autumn rolls around again, Carson City’s spirits become more prominent to visitors and locals alike. Carson City’s rich history remains alive in the city’s haunted places. If the walls of the historic Carson City homes could talk, they’d be the greatest ghost storytellers. As you walk through Nevada’s state capital, you have the opportunity to experience history by encountering a few spirits that still roam around the historic building.

Carson City’s Ghost Walk is one event you will not want to miss. This family-friendly event will send chills down your spine (but in a fun way) as you visit the city’s historic homes and hear the thrilling stories of Carson City’s past. The ghost walk is led by Madame Curry, a well-known spirit named after the widow of Carson City’s founder, join us for the 28th season June-October, 2020. 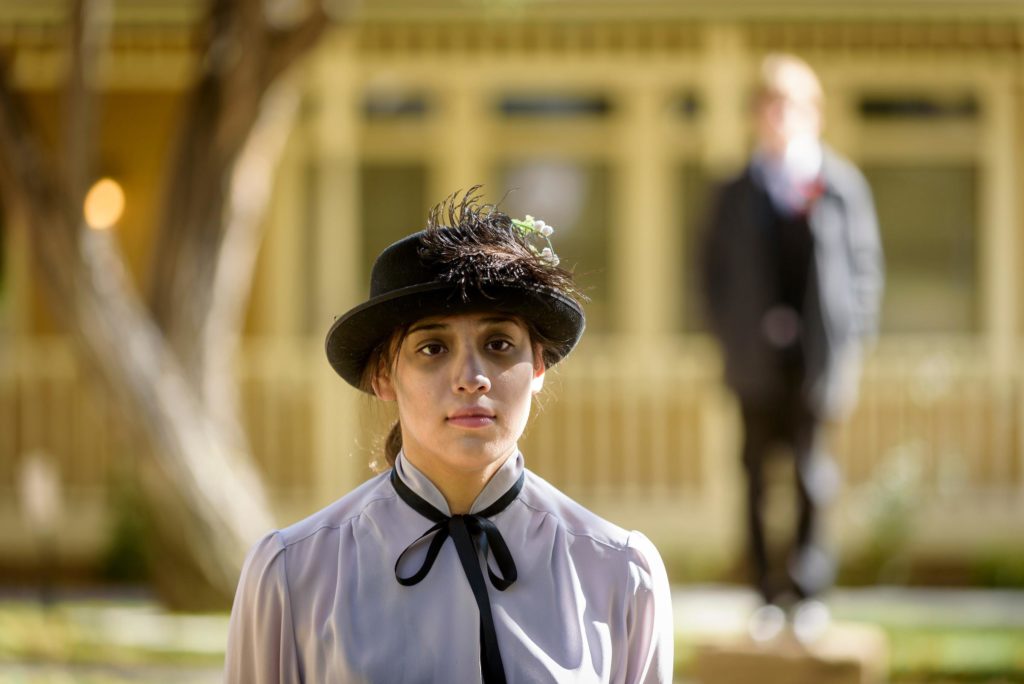 Along your evening ghost walk, you’ll visit the three-story Bliss Mansion, which was completed in 1879 and was home to millionaire Duane L. Bliss and his wife, Elizabeth. Bliss moved to the comstock region in the mid-1800s to work at a bank (the bank is now Bank of America). From comstock to lumber, Bliss is known as one of Nevada’s most successful businessmen of his time. Their dream home, built on top of a large Indian burial site, was widely visited by Nevada’s most affluent people for Mrs. Bliss’s elegant soirés. However, it was also home to many spirits that still remain there. To this day, there is an unknown number of bodies buried beneath this beautiful mansion. In the 1980s, a young boy died while spending the night in the mansion; and it is said that he was pushed down the stairs by one of the 35 spirits who still roam the house. Shortly after the child’s death, the family moved and since the 1990s, it’s been a bed and breakfast open to all who dare get a visit from an unknown visitor or two. Pay close attention as you pass by the Bliss Mansion, you never know if you’ll hear music and laughter from one of Mrs. Bliss’ parties. 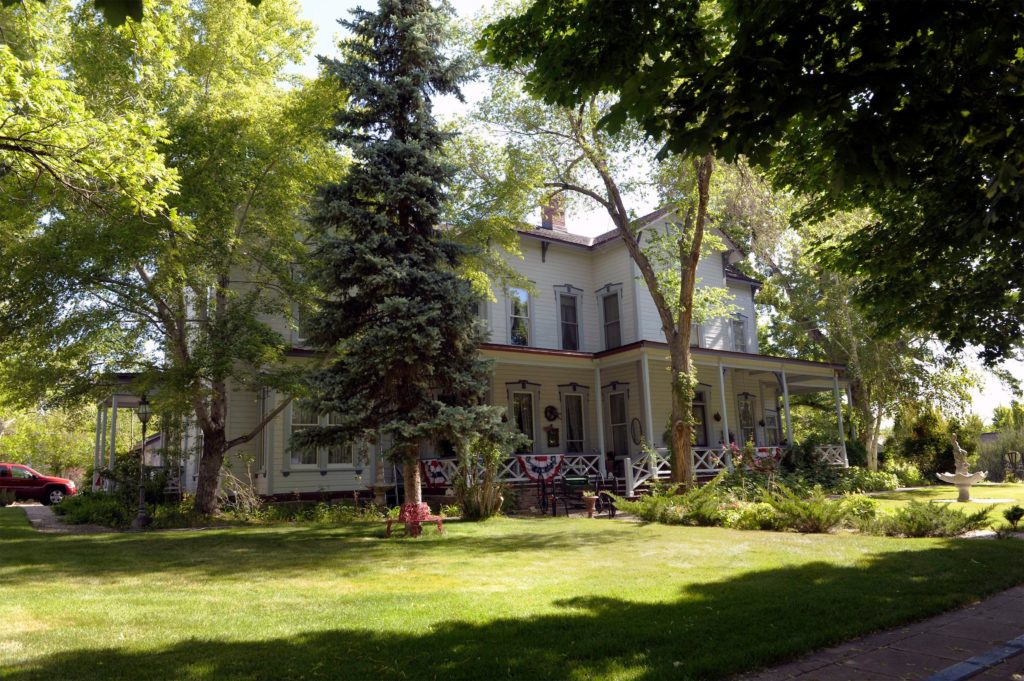 Once belonging to world-famous inventor, George Ferris, Jr., the Ferris Mansion is home to few unknown visitors. Ferris, the inventor of the Ferris Wheel, which was featured in the Chicago World Columbian Exposition in 1893, moved to Carson City as a young boy. It was known he would visit and walk along the Carson River, often admiring the water wheels. During the 1900s, a wedding was held at the mansion but where there should have been one bride, there was instead two. Many guests not only saw a second bride but also spoke with her. Since then, an unknown bride roams around the home, often appearing to the Ferris mansion’s visitors. Another notable distinction is the strong smell of aftershave, which many visitors detect while walking through the mansion’s halls. It has been speculated that it might be the ghost of the inventor since he was known for his strong use of aftershave. If you aren’t afraid to be watched, visit the Ferris mansion. You’ll likely feel a presence of someone following you closely with every step you take. 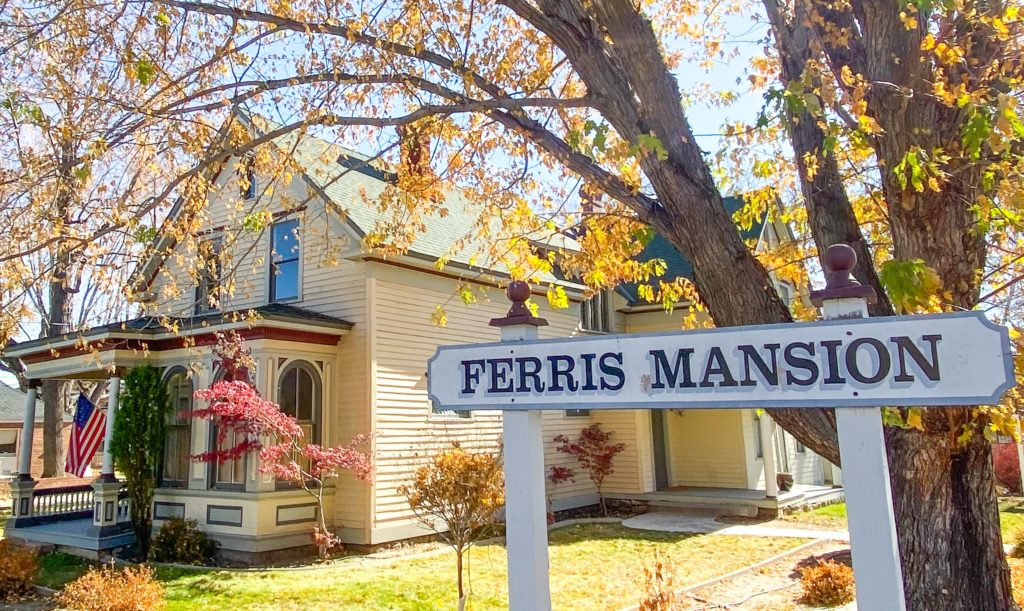 If you aren’t afraid of hearing laughter — even when no one’s around — visit the Rinckel Mansion. The mansion was built by Mathias Rinckel, who made his fortune from the two large butcher shops he owned in Carson City. He began building the mansion in 1874, but not too long after, Mathias unexpectedly died and left his wife, Marcella, with six children to care for. Of those six children, his daughter Louise continued to live in the house with her husband. Many believe it’s their ghosts that can be heard echoing through the halls. Beware, people report that one room in the house gives off particularly negative energy; and most believe this is because Louise’s husband became cruel and abusive in the final years of their marriage. 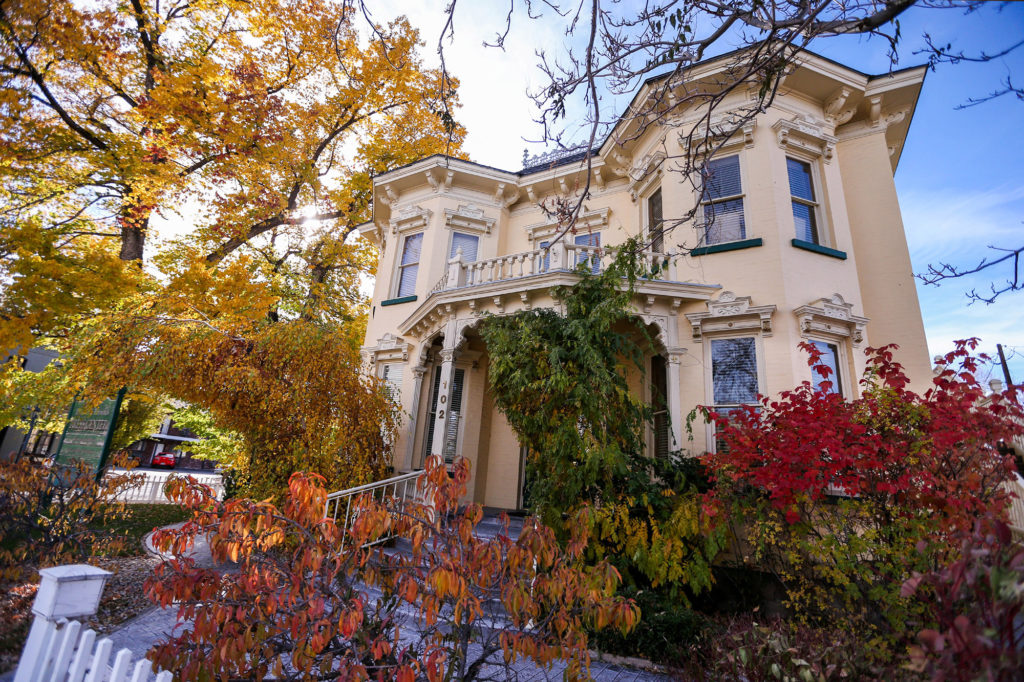 Named the fourth most haunted place in Nevada, the Governor’s Mansion is said to be haunted by the late Governor, Danver S. Dickerson, and his family. In 1909, the governor, his wife Una and their daughter June moved into the house. Since their deaths, many of the mansion’s guests and staff have seen a woman wearing a long white dress and a young girl wandering around the mansion. Friendly to visitors, the paranormal activity continues day and night with steps and closing of doors, you might even get to meet a late first lady of Nevada! 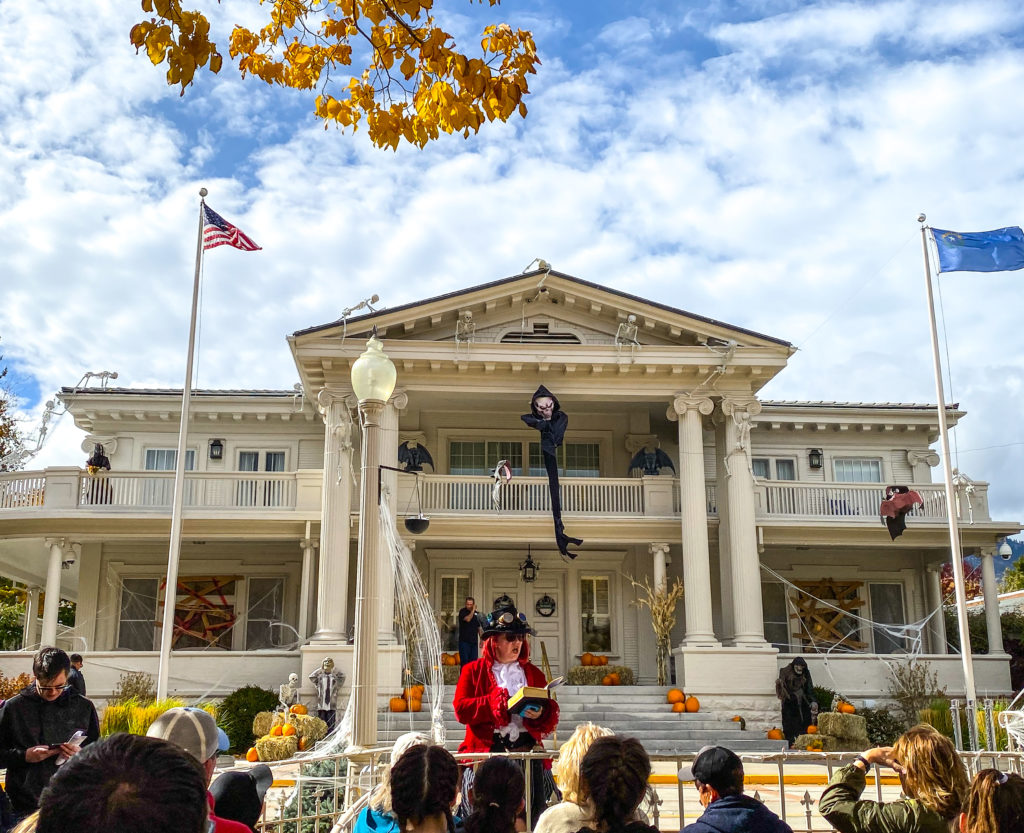 If you can’t get enough historical paranormal activity, make a stop at the Nevada state museum, home of the Carson City Mint. The museum is the home of the Coin Press no. 1, which was built in 1869. But the museum is also home to the late Abe Curry, the museum’s first superintendent. Many staff members have noticed that after the museum is closed, you can hear footsteps patrolling the premises, which have been traced back to Mr. Curry, who not only worked at the museum — but was also killed there! 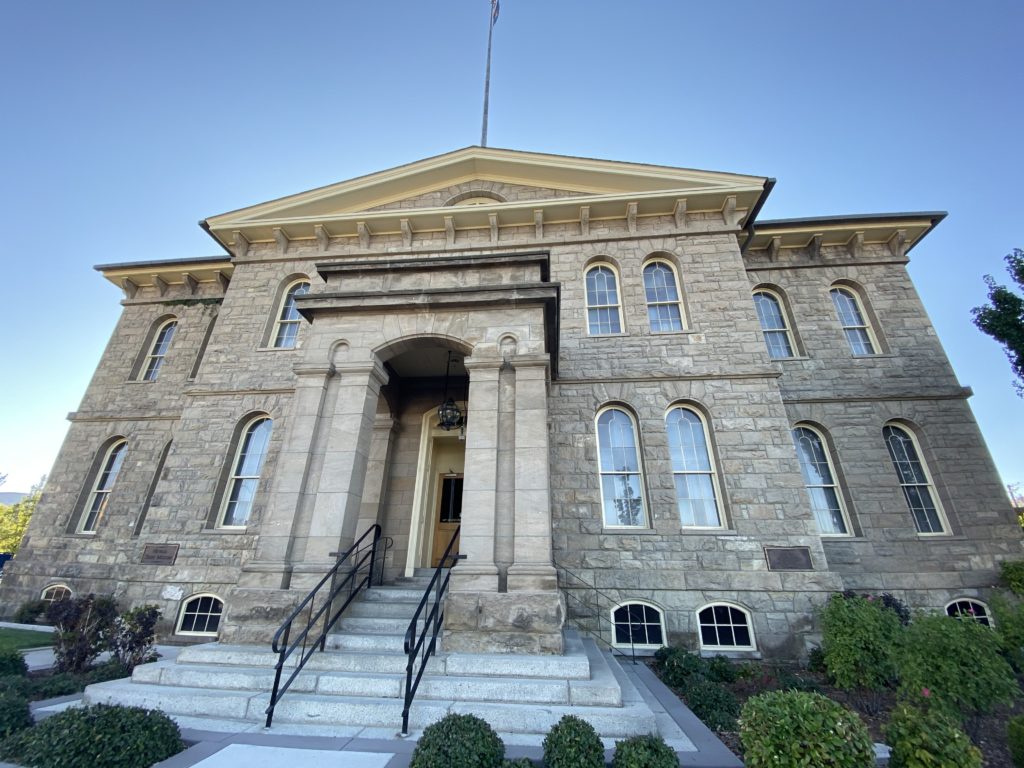 Whether you decide to hike the sagebrush-covered hills surrounding Carson City or visit the historic homes filled with paranormal activity, Carson City has something for everyone to enjoy. To welcome the fall and celebrate Halloween, don’t miss the opportunity to not only see historic landmarks but to also experience them with Madame Curry and a few spooky visitors of the past!