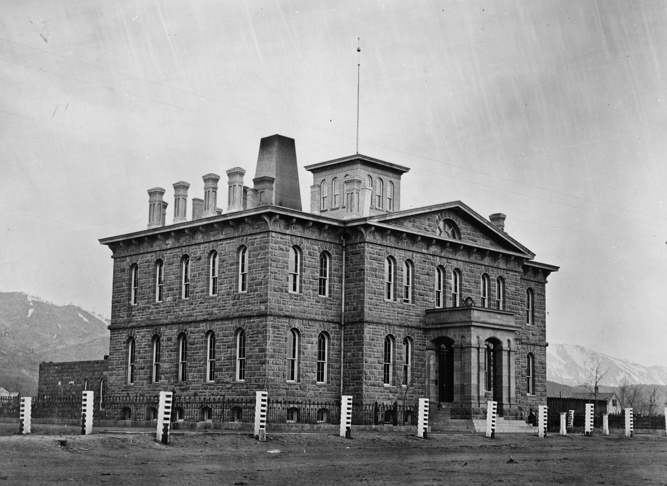 Taking a stroll through the Nevada State Museum is like looking back in time. The museum features many exhibits that showcase Nevada’s captivating history. But one feature of the museum that’s particularly fascinating is the Carson City Mint, which holds one of the most extraordinary coin presses in the world: Coin Press No. 1. 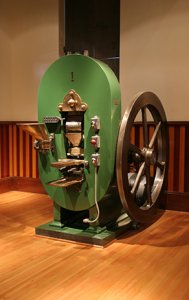 In 1878, disaster struck. Coin Press No. 1 malfunctioned, breaking the frame. As luck would have it, the Virginia & Truckee (V&T) Railroad was located just a couple blocks away from the Carson City Mint, and the V&T engineers were able to repair the broken frame of the press, which saved the Mint from having to send the press all the way back to Philadelphia for repairs. When the V&T operators successfully repaired the press, they signed their work, replacing the Morgan & Orr builder’s plate with a custom builder’s plate that included the V&T name, location, and date, which would ultimately save the press.

During the Mint’s operation, the branch issued more than 50 types of coins, including eight different coin denominations. But from 1878 until the end of the Mint’s operation in 1893, the press only produced Morgan Silver Dollars. All silver dollars from the Carson City mint can be identified by a small “CC” under the crest on the tail end of the coin. Each press had an operator whose job was to feed blank coins to the press through a tube. The operators had to ensure that the tube was always stocked with blank coins in order to keep coin production steady. Women had a predominant role in the success of the Mint. Women sometimes served as press operators, but most often they served as “adjusters,” and were responsible for quality control.

Coin Press No. 1 ceased operations in 1893   and the Carson City Mint officially closed in 1899 as the result of a severe decline in mining on the Comstock Lode. When the Mint closed, the press was shipped back to Philadelphia and converted from steam-powered to electric. The press stayed in Philadelphia until after World War II, when it was then shipped to the San Francisco Mint in 1945. In the 1950s, the United States Mint began modernizing coin presses, including those in San Francisco. Coin Press No. 1 was deemed too old and set to be scrapped, but a San Franciscan saw the V&T builder’s plate and contacted the Nevada State Museum’s board of directors, who then reached out to the San Francisco Mint, which in turn sold Coin Press No. 1 back to the museum for a mere $225.

When the press returned to Carson City in 1959, it was stripped down, not to be used in coin production, but the press wouldn’t be retired for long. During the Kennedy administration, there was a national coin shortage. Eva Adams, the director of the United States Mint, was a native Nevadan, and she knew that Coin Press No. 1 could once again be of use. Adams reached out to the museum and asked if the U.S. Mint could borrow the press to help alleviate the national coin shortage. The museum’s board of directors happily agreed, and the press was sent to Colorado to be further modernized and used at the Denver Mint. The press spent four years at the Denver Mint, and in that time, it minted 118 million coins, including 50 million pennies. This is part of what makes Coin Press No. 1 so unique: In its lifetime, it minted nearly every type of coin, from coins of the late 1800s to modern pennies, nickels, and dimes. In 1975, when the coin shortage was alleviated, the press once again returned home to Carson City.

Today, you can visit the original Carson City Mint at the Nevada State Museum, where you can see Coin Press No. 1 and an impressive collection of Carson City Morgan dollars. You can even use the press to mint your own coin. The museum is open from 8:30 a.m. to 4:30 p.m. Tuesday – Sunday and is located in the heart of downtown Carson City. Carson City is proud to be the home of one of the most uniquely-used and well-traveled coin presses in the world, Coin Press No. 1.