Following the discovery of gold and silver on the nearby Comstock Lode in 1859, Carson City became a thriving commercial center. To their astonishment and delight of its citizens, the discovery of the Comstock Lode brought Carson City to life as a freight and transportation center. Abe Curry, then built the crude Warm Springs Hotel a mile to the east, and when Carson City was selected as the territorial capital in 1861, leased it to the Legislature as a meeting hall. The legislature established Carson City as the seat of Ormsby County (named for one of the dead “heroes” at the Battle of Pyramid Lake).

Carson City was confirmed as Nevada’s permanent capital with statehood in 1864, and development thereafter was no longer completely dependent on the health of the Comstock mines. Until they began to decline in the 1880s, these mines provided Carson City with most of its

The V&T was completed between Carson City and Virginia City in 1869, with the railroad’s shops and main offices in Carson City. The V&T rails were extended north to connect with the transcontinental railroad at Reno in 1872. By 1874, when the Comstock mines were reaching their peak production, 36 trains a day passed through Carson City. The huge sandstone V&T engine house and roundtable dominated the northeast corner of the city for well over a century. Neglected and falling into ruin since the track was torn up in 1950, they have now been torn down and the stones sent to create facades for wineries in the Napa Valley. Economic importance as a freight and staging center, and as a marshaling point for much of the timber harvest in the Lake Tahoe basin. The United States Mint in Carson City was completed in 1869; it is today the site of the Nevada State Museum, a museum beloved by locals and visitors and a must do on your visit.

This traffic through Carson City came to a sudden halt when the Southern Pacific built a branch line connecting with the C & C from the east that bypassed the V&T altogether. The capital then resumed the quiet lifestyle that evolved after the decline of the Comstock, and which still continues (with variations) today. At the turn of the century the railroad extended its line south into the Carson Valley, but the Minden-Gardnerville traffic never came close to replacing the Tonopah-Goldfield traffic, and the railroad, and Carson City, slipped back into quiescence. In 1930 the population had dwindled to 1,800, about a quarter of what it had been at the peak of the mining boom 50 years earlier.

The magnificent 1890 Federal Building is a Carson City landmark. It has been renamed the Paul Laxalt building in honor of Nevada’s former Governor and United States Senator.In 1933 the highway was paved through town, but for a long time afterward the kids could roller skate on it without worrying too much about traffic. In those innocent days Carson City advertised itself as America’s smallest state capital.

In 1960 Carson City regained its 1880 population level, and in 1969 Ormsby County was merged into Carson City to consolidate government services. There are now nine state capitals with smaller populations than Carson City, and in fact, with its area of 146 square miles, Carson City could now advertise itself as one of the largest state capitals in America!

We welcome you to Carson City where history lives and adventure awaits! 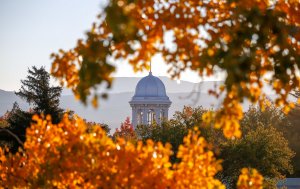 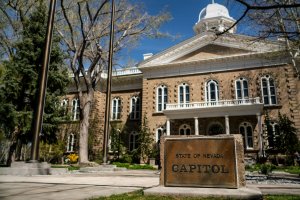