Join us at the Brewery Arts Center for the free Levitt AMP Concert Series every Saturday this summer from June 25-August 27.

Sponsored in part by the Mortimer & Mimi Levitt Foundation, a national funder of creative placemaking that empowers communities to inject new life into underused public spaces through free, outdoor concerts, the Brewery Arts Center will present 10 free, family-friendly concerts to the public this summer at The Change Companies stage.

While Brazilian natives Papiba Godinho and Dandha da Hora bring their profound knowledge and respect for the roots of Afro-brazilian song and dance, the entire band has developed a type of samba-reggae-funk with a universal appeal. SambaDá musically unites the Americas, drawing from percussion based styles of South and Central America, and blends it with that good old funk and reggae back beat so familiar to crowds of North America.

For over ten years, SambaDá has been mixing contemporary sounds with the roots of brazilian culture. Papiba is a master of Capoeira, an Afro Brazilian martial art form created by Brazilian slaves, which draws on music and acrobatic movements. Dandha was born into the rich Afro Brazilian traditions of Salvador, Bahia and the Carnival Group Ile Aiye, and started her dancing career at age 6. Ile Aiye has been in the forefront of Civil Rights in Brazil, promoting equality and justice, and is widely recognized as the first Afro Brazilian BLOCO or group to perform in Brazil’s notorious Carnival celebrations.

International music star and humanitarian activist Rocky Dawuni straddles the boundaries between Africa, the Caribbean and the U.S. to create an appealing sound that unites generations and cultures. With an easy-going charisma and reputation as a dedicated champion of social causes, Dawuni’s infectious grooves and dance-inducing anthems have consistently excited fans across the globe. A galvanizing performer, Dawuni has shared the stage with Stevie Wonder, Peter Gabriel, Bono, Jason Mraz, Janelle Monae and John Legend, among many others. Named one of Africa’s Top 10 global stars by CNN, he has showcased his talent at prestigious venues such as The Kennedy Center in Washington, D.C. and The Hollywood Bowl in Los Angeles.

It’s time to bring live rock and roll back into people’s lives and the Young Dubliners are just the band to do it. After thirty years as one of the world’s leading Celtic Rock bands, the boys have begun work on their tenth studio album while simultaneously launching the 2021 limited summer and Fall tour.

Although the Young Dubliners sound is most commonly called ‘Celtic Rock’, that label can often be misleading. The Irish influence is certainly there, but it’s not the only influence that bursts through on their albums or live shows. After all, several of the band members have no Irish roots of any kind. “That was always the idea”, explains Roberts “The sound was intended to be a hybrid because we all come from different backgrounds. Even though I am from Ireland, a lot of the music I listened to growing up wasn’t Irish at all, but when I got here, I got homesick and developed a new appreciation for Irish Music. In truth the Celtic riffs can just as easily come from the American band members. Everyone writes now so you never know what you’ll end up with.

A nexus of RnB, hip-pop and Rock n Roll, Whitney Myer’s soulful vocals and electrifying live performances have mesmerized audiences, earning her featured appearances at Lightning in a Bottle, The Bounce Festival, and SXSW. Drawing inspiration from musicians like Prince, Little Dragon and Bjork, Whitney Myer has shared the stage with the likes of Allen Stone, DEV and Fitz And The Tantrums.

Whitney Myer burst on to the scene in 2012, wowing Christina Aguilera, Adam Levine, Cee Lo Green and Blake Shelton on NBC’s “The Voice” in 2012. Her show stopping rendition of Alicia Keys “No One” turned the chairs of all four judges. That same year Whitney released her first solo EP “The Articles of Luminous Nature”. The record highlights not only her soulful voice but also her focused musical prowess as a songwriter and multi-instrumentalist.

Southpaw Freddie is made up of Josh Procaccini, Kyle Rothchild,( and a roving cast of local players), is a songwriting duo out of Carson City. They have 3 full length albums. Procaccini is a second generation musician born in Bakersfield, CA and raised in Northern Nevada. Rothchild, born in Carson City is a UNR Music Program Graduate working as a studio musician in Reno and additionally the proprietor of Red Shield Recording Studios in Jacks Valley. Expect Catchy tunes and smooth harmonies.

“Invigorating”, “brilliant”, and “charismatic” are just a slew of the adjectives used to describe Tropa Magica. “The East L.A. duo made a name for themselves by combining alternative, grunge, and psychedelic rock with cumbia” -Spin magazine.

Having toured nationally and on multiple southwest and west coast tours, they have supported established acts such as Bomba Estereo, Molotov, and comedian Felipe Esparza. The band has boldly and successfully taken on larger LA stages at venues such as The Microsoft Theater, El Rey Theater and The Hollywood Palladium.

In 2018 and 2019 Tropa Magica performed at So-Cal festival favorites Desert Daze and Tropicalia. At the end of 2019 the band self released a limited edition 7inch vinyl EP  “Smells Like Cumbia” featuring Nirvana songs as cumbia renditions.

Despite the pandemic, 2020 was a busy year for the band. They wrote and recorded the theme song for comedian Felipe Esparza’s new Netflix special and collaborated with the notorious Foo’s Gone Wild on the “Foo Files Cumbia” track released earlier this year.  The band has partnered up as “authenticos” with 805/Firestone Beer and is sponsored by Fender guitars and Ernie Ball.  www.tropamagica.com

The Vindys have become one of the most sought-after bands in the Northeast Ohio area with their unique blend of alt-rock that Cleveland Magazine says, “…reminds us of the Black Keys,” and “…make us want to dance, whether we’re in a grimy dive bar or a field in Lake County.”  Their new album, Bugs, is out now.

The Youngstown, Ohio-based band includes singer/songwriter/guitarist Jackie Popovec, who’s been called a powerhouse with a voice that exudes confidence and sex appeal, her sound reminiscent of Amy Winehouse and Adele. Rounding out the band is John Anthony on guitar/harmony vocals, Ed Davis on drums, Matt Jackson on bass/harmony vocals, and Rick Deak on guitar/harmony vocals. All are classically trained musicians who combine their skills resulting in a depth and maturity in their music that is intricate, yet relatable. www.thevindys.com

Bad Mother Nature is a four-piece rock band from Sacramento, CA, consisting of guitarist/bassist duo Axel Ahrens and Corey Allred, pianist Ryan Allred, and drummer Jon McCann. Since their inception in the summer of 2016, Bad Mother Nature has been steadily grinding away in California’s clubs and dive bars, honing their sound by refining a balance between their driving guitar-riffs and nuanced, progressive piano.

With several regional tours to their name, including stops at legendary venues like the Viper Room in Hollywood, Ace of Spades in Sacramento, and House of Blues Anaheim (in addition to local festival appearances at Folsom LIVE! and Rainbowfest), the group has begun to make a name for themselves. www.badmothernature.com

Founding member, lead singer, and bass player of internationally acclaimed Blues/Rock band Trampled Under Foot, Danielle Nicole Schnebelen stepped out on her own in 2015 with her debut album “Wolf Den.” In 2018, Nicole returned with a follow-up release via Concord Records entitled “Cry No More” garnering a 2019 Grammy Nomination for Contemporary Blues Album and 2 Blues Music Awards for Bassist and Female Contemporary Artist, among a slew of Blues Blast Music Awards and 3 Independent Blues Awards.

Nicole’s “distinctive, inventive bass work”—which resulted in her becoming the first female to receive nomination for the Blues Foundation’s 2014 Blues Music Award for Best Instrumentalist – Bass—“is the product of years of intensive roadwork; and although her voice draws comparisons to artists such as Susan Tedeschi, Bonnie Raitt and Etta James, it is only the feeling in which she will invoke those memories. Nicole’s show, style and tone are all her own and can only be experienced.” www.daniellenicole.com

All his life, Eddie 9V (9-volt) has acted on instinct. This old-soul artist turned away from the path of college and jobs to burst all guns blazing onto the blues club circuit of his native Atlanta, Georgia. ‘Little Black Flies’ is his latest release.

When the honeyed tones of the Jazz Age meld with the hottest bass drops of the new millennium, you get High Step Society’s elixir of Electro Bass Jazz. Merging dance music from our past with sounds for the future, High Step Society features sultry vocals, a blasting sexy horn section that soars over syncopated high hats, rat-a-tat snares and dirty synths. The cats in the band are electronic music producers as well as educated jazz musicians. High Step Society is rethinking jazz with unorthodox arrangements, and bringing a touch of elegance to electronic music.

The band is “at once groovy and raucously tight, High Step Society’s tunes growl to a Cotton Club vibe that plunges the depths of the EDM trench.” (Eugene Weekly, 10/8/15). They ”take it to the next level with live horn sections, sultry singers and energetic dance beats that capture the excitement of the jazz age and rocket launch it a century into the future.”

(Eugene Weekly, 4/9/15) Their live shows are classy affairs where everyone is encouraged to dress their best, so the band and the crowd are looking top notch while the dance floor sizzles. www.highstepsociety.com

Happy first day of summer! Join us here in Carson

Join us for a great time at Capital City Brewfest, 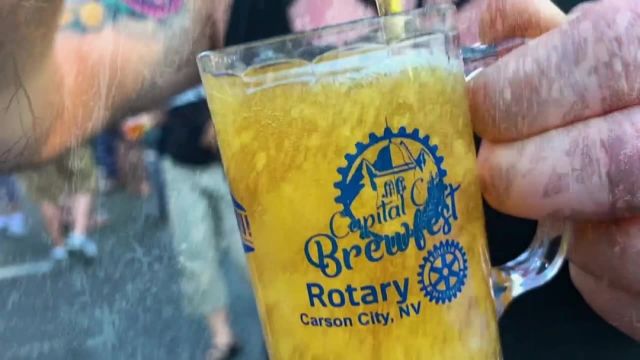 Some seriously sizzling events are upcoming in Car 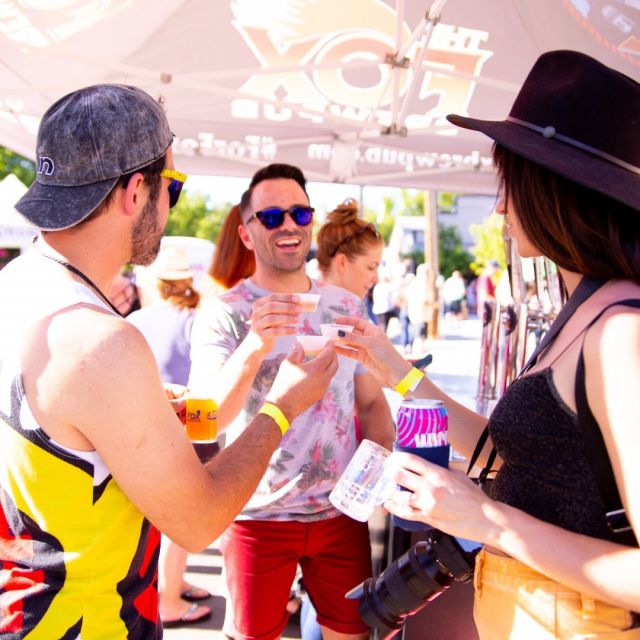 Tickets are still available for the Great Western 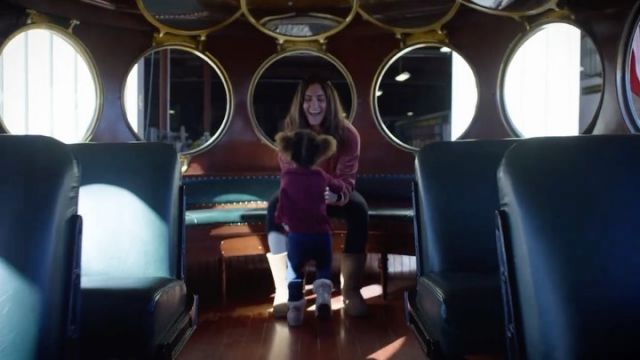 Some great events coming up in the next few weeks! 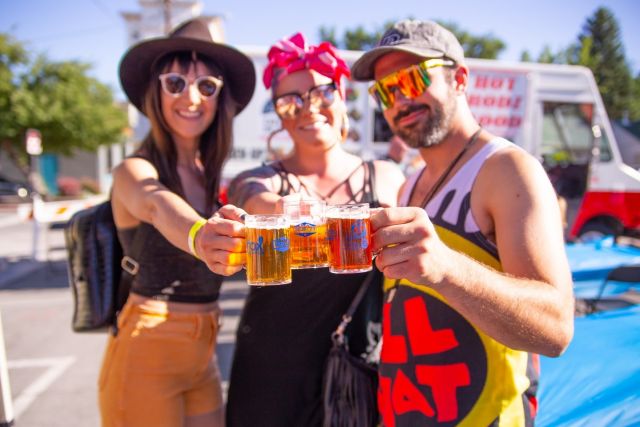 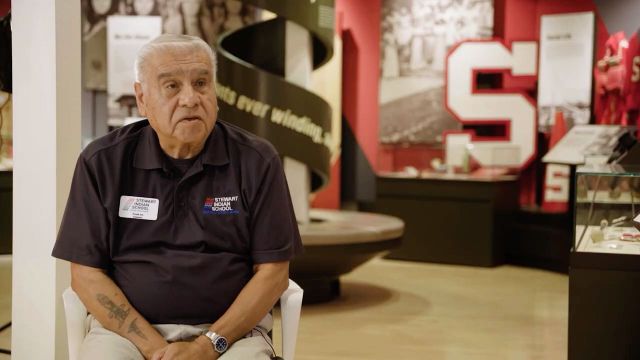 The options are endless this summer in Carson City 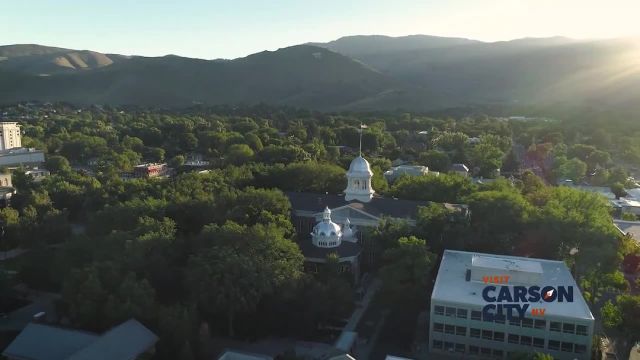 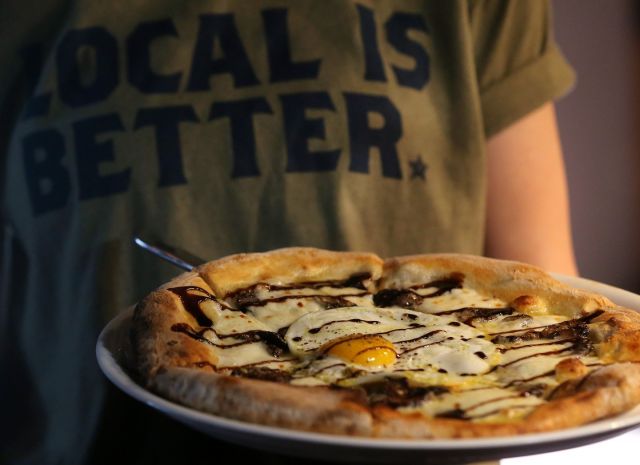 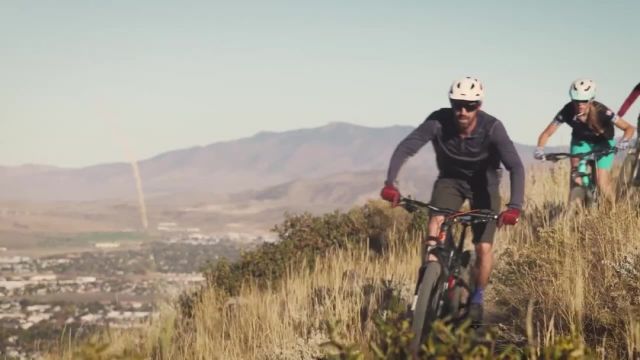 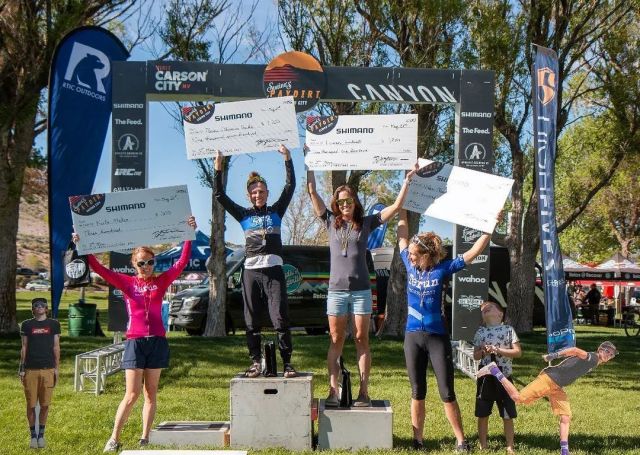 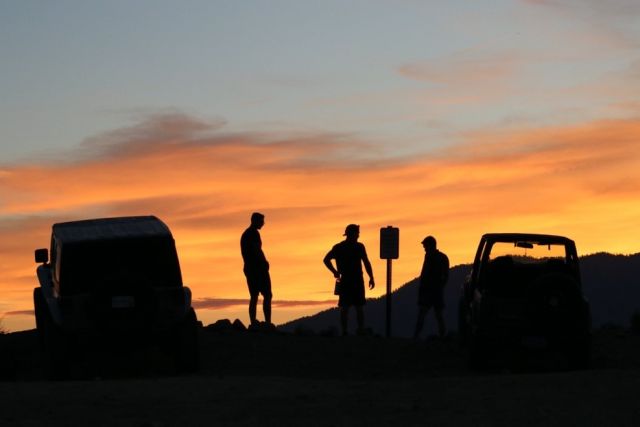 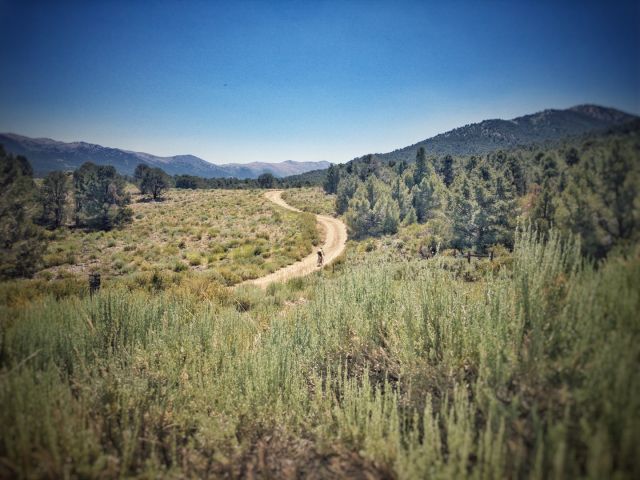 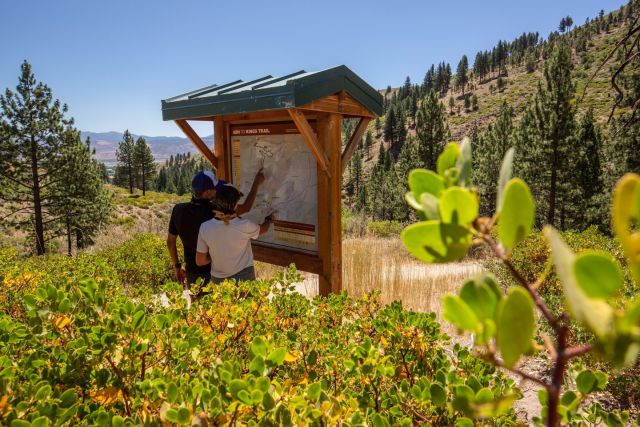 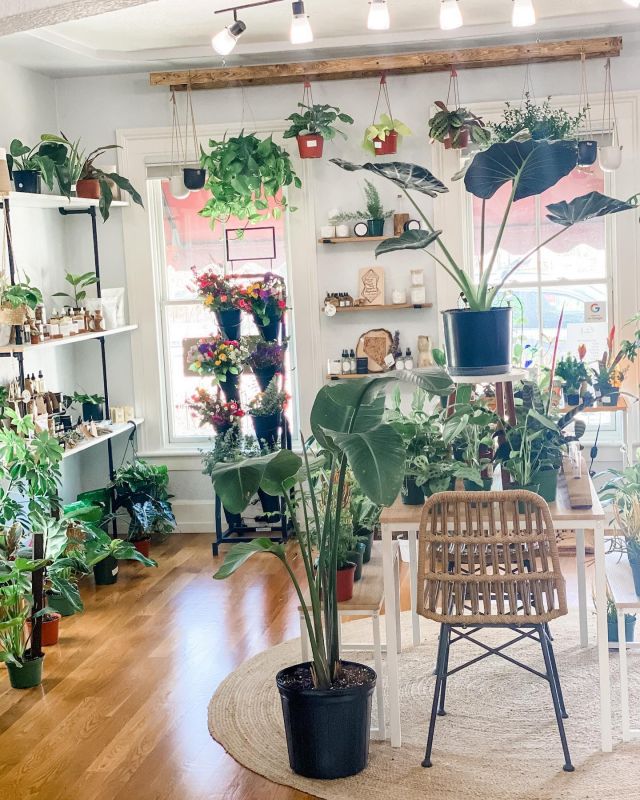 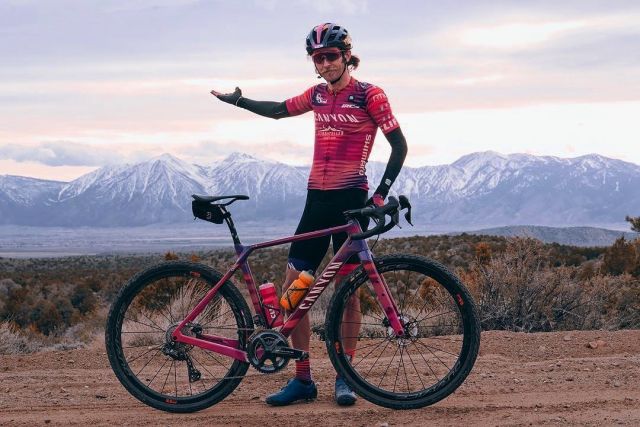 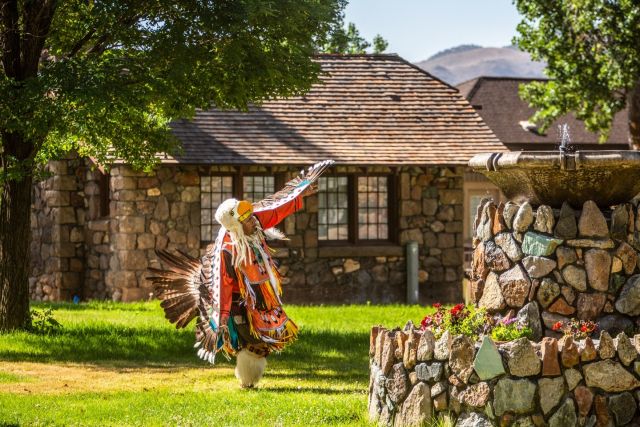 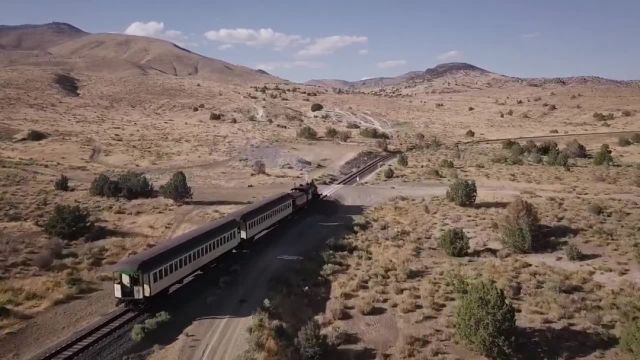 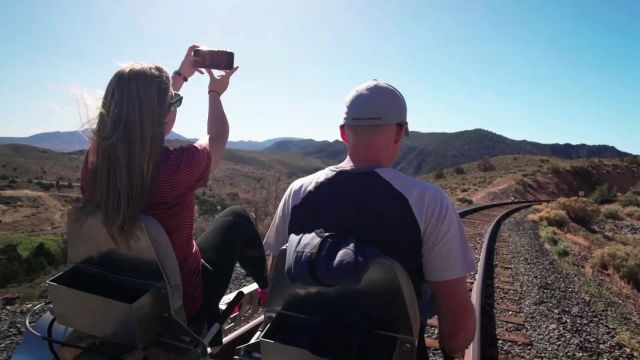 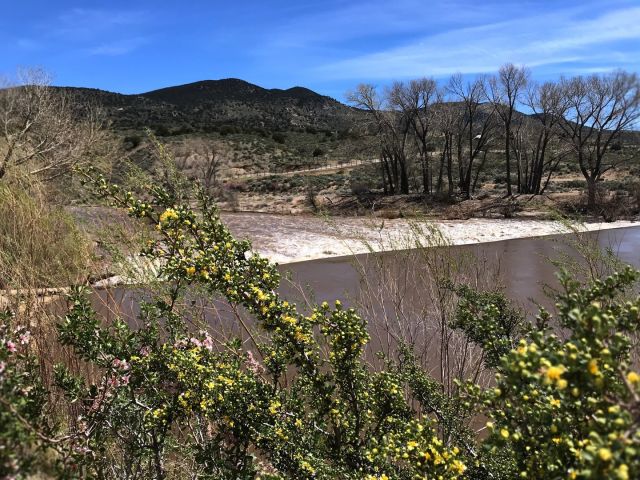 Stroll Downtown Carson City and enjoy wine poured from participating businesses. This is a perfect opportunity to experience everything the…
More Details