Carson City, From Historical to Hip: 10 Reasons to Get Off the Highway

With speedier highways and faster cars, comes the bypassing of small but significant destinations like Nevada’s state capital, Carson City, who many have misjudged for being nothing more than its capital building, a quick shop at Trader Joe’s and Costco, or a bathroom break on the way to Tahoe or Reno.

But, the city is so much more than that. For being the smallest metropolitan city in the United States, Carson City sure has a lot to offer!

Once an old Western town where money was minted, ranchers roamed on horseback and vintage railroads hauled ores of silver to and from mines, the Carson City of today has evolved into a hip spot for history buffs, nature enthusiasts and foodies alike.

With over 250 days of sunshine per year, Carson City is a great destination to visit year-round. Just a half hour from major destinations like Lake Tahoe, Virginia City and Reno, Carson City is easy to get to whether you’re flying in or driving. Book one of the many hotel options in town and stay and play a little while.

In this article, we give 10 reasons to get off the highway and make a stop at Carson City. Get ready for fun finds to satisfy everyone’s interests with a perfect mix of dining, history, arts & culture, outdoors and family-friendly activities. By the time you’re finished, you’ll be planning your next trip back to Nevada’s state capital. 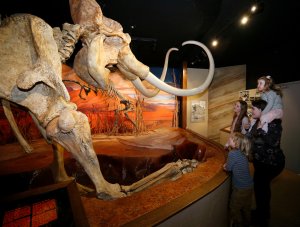 Step back in time at Nevada State Museum which features a combination of permanent and limited-time exhibits sharing Nevada’s history. You can get an up close look at the historic mint that turned silver into coins, take a tour of the famous underground mine exhibit and learn about fossils unearthed from Nevada.

After, head across the street for a refreshing snow cone at Snow Flo which has fun creations like Shark Attack and Under the Sea. 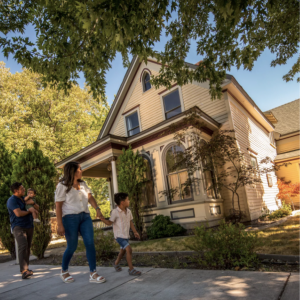 What better way to explore Carson City’s history than with a 2.5 mile path named after Christopher “Kit” Carson for whom the city was named after? You’ll feel the rugged character and Old Western charm of the city as you walk. If you’re feeling extra adventurous, stop at all 48 places, some of which go back to the 1800s. It’s also totally okay to just hit a few spots and then grab a bite after or do some shopping.  Use this handy dandy trail map and do an audio walking tour.

Stop in for a drink right on the Kit Carson Trail at the city’s historical Bank Saloon, which has survived prohibition raids and hold-ups at gunpoint. Their drinks are made with local spirits from Nevada distillers like Frey Ranch who has been around for over 160 years. The saloon also has art from the McFadden family, whose name you’ll see all over town. 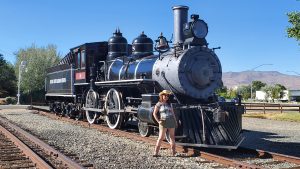 All aboard! Celebrating 150 years, Carson City’s Railroad Museum is the perfect way to spend an afternoon. Take a 40 min ride on a train or caboose from Boulder City to Railroad Pass. Then, check out the exhibit, “The Transcontinental Railroad: What a Difference it Made”, which showcases historical “Coach 17”, one of the last railroad cars still in existence from the joining of the west coast’s Central Pacific Railroad and the east coast’s Union Pacific Railroad in 1869. The train car was also featured in old Hollywood films like Elvis Presley’s “Love Me Tender” and Jesse James’ “Centennial Summer”.

Speaking of railroads, feel like letting off some steam? Pedal on a rail bike across V&T Railway Bridge to Carson River Canyon. Don’t worry, the bike is motor-assisted, so you won’t get too tired. Book tickets here.

We often don’t get to hear about the lives of Native Americans from Native Americans themselves which is what makes the Stewart Indian School a great cultural heritage site. Through a self-guided audio tour, you can walk around the school’s grounds as the students and faculty tell stories about their experiences which range from uplifting and enlightening to tragic and disturbing.

There’s a lot to explore in Carson City. Check out our itineraries!

Head to Carson Raceway for some indoor racing, fun for the whole family! For just $20, you get 16 laps around the track. They also host birthday parties and events.

Check out the events going on in Carson City this year! 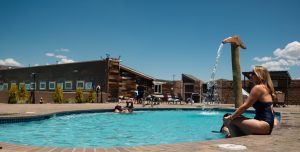 Head to Carson Hot Springs to relax in a natural mineral hot spring with 121 °F (50° C) water that flows from 35,000’ (10,668 m) below earth’s surface which is cooled to lower temperatures daily. There are also private pools. Get more info and learn about the health benefits of hot springs here.

Here in Carson City, we have our own tradition – “Drink, Dine & Dip”. We call it, “Triathlon”. And guess what? You’ll even be rewarded with a free t-shirt for doing all 3 in a day. Get your t-shirt here. 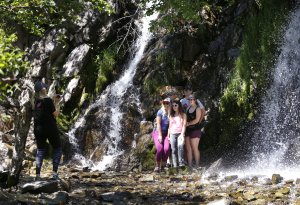 Carson City has so many natural wonders to discover on foot or via bike. In fact, the city is a certified bronze bike friendly community.

Adventure nature seekers can head out on foot or bike to the Ash to Kings Canyon 7-mile trail which starts just outside of the city and connects to two of Carson City’s mind blowing canyons. On your journey, you’ll encounter the scenic landscapes of the Sierra Nevada mountains and a 25-foot waterfall. So, don’t forget your camera!

You’ve worked up a sweat. It’s time for some grub. Check out Visit Carson City’s Hungry Hikers & Bikers pass for deals and discounts on food, drinks and more. 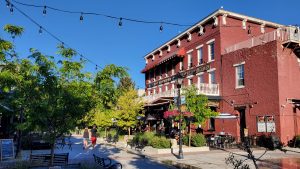 There are a lot of places for foodies to grab a bite in Carson City. Head Downtown to Bob McFadden Plaza where you’ll find restaurants like Piazza Restaurant, a cute tapas and wine bar with imported delights. Try their lavender lemon martini, it’s to die for! Another great option is the English-style Fox Brewpub located inside the historic, western-style St. Charles Hotel, built in 1862. No matter where you choose to dine, it’s nice to be in the plaza, taking in the charming surroundings. 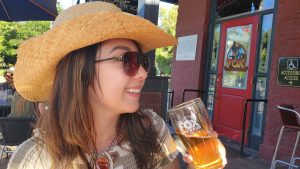 Here are more places to eat in Carson City.

Phew! We know this is a lot to take in. If you’d rather have an itinerary personalized for you based on your interests, download the MOPO app and start exploring Carson City today!

We hope you enjoyed our list of 10 reasons to get off the highway and make a stop in Carson City, Nevada. Be sure to tag us in your Carson City adventures! Find us on social: @visitcarsoncity.