Nothing says summer or early fall quite like live, outdoor music. The Levitt AMP Carson City Music Series presented by The Change Companies returns this summer for its fifth season – kicking things off Saturday, July 10 and running every Saturday through Aug. 28. These eight free, family-friendly concerts all take place at the Brewery Arts Center, the best music venue in Carson City, designed to foster a relationship between the Carson City Community and the arts.

So what are you waiting for? Grab your friends and your family and prepare for one or more nights of live music. 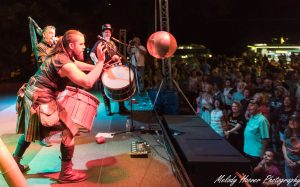 A Reno-Lake Tahoe favorite, Jelly Bread’s distinct style is identified by a blend of desert twang meeting the urban tones of funk and rock. Sal’s Greenhouse is described as a nine-piece powerhouse funk collective, led by the baritone saxophonist Sally Green.

This musical ensemble from Los Angeles specializes in funk, soul, rock and afro-beat music. They describe their influence as music from the 70s, reminiscent of James Brown, Fred Wesley, J.B. ‘s Parliament Funkadelic and WAR.

July 24, 2021 – Tommy Catro & The Painkillers
Inspired by electric blues, Chicago blues, West Coast blues, soul music, 1960s rock and roll and Southern rock, Tommy Castro started playing the guitar at the age of 10. With a list of blues accolades to his name, Castro and The Painkillers have played hundreds of shows and describe their music as deep blues and funky soul. 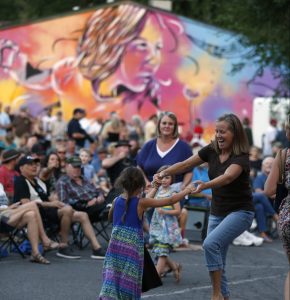 Spike McGuire’s Loud as Folk is a multimedia showcase of the local and national songwriters who are dedicated to preserving and expanding the traditions of American roots music. A GraphTech Guitar Labs endorsed artist, he spent the last decade drawing parallels between the ethos of punk rock and the spirit of folk music by building community and engaging listeners with his message.

Aug. 7, 2021 – The Fire
A high-energy, contemporary Celtic band based out of Santa Cruz, Calif., The Fire has found a way to bridge the gaps between the coasts of California and the highlands of Scotland and create captivating shows filled with their charismatic stage presence and fun, genre-blended tunes.

Recognized for their great, American sound, Mike Nash and the Southern Drawl Band from Knoxville and Nashville have been described as southern rock “with a twist of lime distilled in the backwoods of Tennessee.”

August 24, 2021 – Los Coast
This visionary band from Austin, Texas, is sure to deliver a punchy, yet soulful psychedelic-pop that can seamlessly incorporate a wide-variety of genres: funk, rock, blues, jazz and singer-songwriter pop. 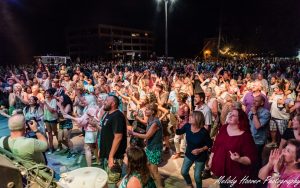 Celebrating 30 years together, Mumbo Gumbo will bring their festive roots-music sound to Levitt AMP Carson City for the first time. They always make sure to leave their audiences dancing their hearts out.

It’s time to listen for the sounds of summer and enjoy one of more of the many music events happening in Carson City.